To a large extent the US automobile industry jumpstarted the tort litigation explosion. Ralph Nader’s 1965 book Unsafe at Any Speed detailing the resistance of automotive manufacturers to the introduction of safety features such as seat belts became a best seller. As a result, the 1963 Chevy Corvair became synonymous with ’unsafe at any speed.’ General Motors was not alone. In 1978, an Orange County, California jury awarded an injured plaintiff $125 million in damages for injuries he suffered when his Ford Pinto burst into flames. This episode is still held up as an example of what happens when poor engineering meets corporate negligence.

Ever since then the auto industry has been in a dangerous and costly dance with American plaintiffs’ lawyers in lawsuits arising from allegedly defective airbags, door latches, tires, seat backs and other similar issues. The recent wave of claims and litigation to hit the commercial auto sector is however notably different. Rather than focusing on design and manufacturing defects, or the inadequacy of warnings, the disputes largely center on human behavior; a major paradigm shift for insurers and reinsurers who once thought they had cracked the code on risk analysis.

Injuries rather than fatalities are increasing

Huge trucks driving at high speeds on the nation’s roads, many designed and built decades ago, are a reality and scenes of mangled vehicles and ambulances carting away accident victims are every day sights for American drivers. Media attention and cell phone videos play their part in sensationalizing the situation, but the data and statistics reveal a troubling reality.

For anyone with a grasp of the overall situation, the handwriting was on the wall.

The trucking industry’s liability crisis comes at a time when it faces an immediate shortage of drivers with ~50,000 drivers needed to meet current demand. Turnover rates hover around 90% nationally with drivers leaving due to lifestyle priorities and age. Approximately 49% of the workforce is between 45 and 64 years old compared to only 29% in 1994. Replacing retiring workers is increasingly difficult in a tight job market when unemployment is at historical lows.

Causes of truck accidents include fatigued, impaired, distracted and inexperienced drivers. Recent federal laws have attempted to address these problems with mixed results. Regulations that limit the number of hours a driver can drive within a day’s time and mandate the frequency and duration of breaks have been challenged by the industry and drivers alike. Many drivers are paid based on the miles driven and the incentives for work-arounds are obvious. The industry meanwhile maintains that electronic logging devices and hours-of-service restrictions cause some trips to take longer and contributed to a freight backlog.

Personal behavior is harder to regulate, and enforcement is even more challenging. The Federal Motor Carrier Safety Association prohibits texting and the use of hand-held mobile phones by truck and bus drivers while operating a commercial motor vehicle, but such behavior is ubiquitous, and policing is difficult. Drunk driving laws have been on the books for years, but the trucking industry is caught between a rock and a hard place when it comes to marijuana.

Cannabis is illegal under federal law but is legal in a growing number of states. Full legalization is supported by 62% of Americans. Under current federal law truck drivers are not allowed to use it, but company policies are all over the map and no impairment standards exist as they do for alcohol. When it comes to medical marijuana, some states that have legalized marijuana for medical uses specifically say in their laws that employers do not have to make accommodations, but others are the opposite, and some are silent on the issue.

Although settlements and verdicts arising from large vehicle accidents started climbing around 2011, a 2014 truck collision involving a Wal-Mart Stores Inc. truck on the New Jersey Turnpike that killed one person and injured several people, including comedian Tracy Morgan, was pivotal in galvanizing the public’s awareness of the risk. The claims were settled, and details were not disclosed to the public, although it was made public that the children of the man who died received $10 million.

After years of escalating settlements and jury awards, 2018 brought record setting verdicts in Texas. In May an almost $90 million verdict was entered against Werner Enterprises for a 2014 truck crash that took the life of a 7-year-old boy, left his 12-year-old sister with terrible brain injuries, and injured the children’s mother and another brother.

Two months later, another Texas jury awarded $101 million to a man on his way home from church that was rear ended by a semi-truck driver in 2013. The driver, who was operating the vehicle under the influence of alcohol and marijuana, walked away uninjured, while the victim is unable to work after suffering back and neck injuries that required surgery.

It’s Not All About Judicial Hell Holes and Magic Jurisdictions

In spite of tort reform in many states, class action reform at the federal level and the efforts of organizations such as the American Tort Reform Foundation, the US litigation landscape remains a hazardous terrain for corporate defendants. Jurors are wild cards, but then again, the notion of the wisdom of the crowd dates back to Aristotle.

Bias, whether unconscious or not, however cuts both ways and wishful thinking coupled with cost-conscious corporations and their insurers do not necessarily yield the best results. The plaintiffs’ bar is well funded, resourceful and innovative, and self-righteous indignation and rhetoric are ineffective tools to do battle with so-called Nuclear Plaintiffs´ Attorneys. A term that must be shorthand for ones that have the resources and expend the effort to obtain favorable settlements or try cases.

Something else however is at play in these verdicts. As I write, there is again news of yet another horrific accident. This one involving a couple en route to their wedding that was killed when a tractor-trailer drove into the back of a car, starting a chain-reaction involving five other commercial vehicles closing a highway for hours. Two of the tractor trailers, as well as the car, caught on fire. Three additional injuries were reported.

If these were your children, tell me you wouldn’t be on the phone with a lawyer already.

We’ve come full circle, back to unsafe at any speed on our highways, except that unlike then, the defenses of product defects, causation and contributory negligence aren’t part of the equation. These incidents are more akin to medical malpractice claims involving babies dying or suffering catastrophic, crippling injuries during delivery in hospitals. Actuarial tables, mock trials and Monte Carlo high-low analyses just are not able to adequately capture the loss of dreams unfulfilled. Add on medical expenses for long-term care and while the jury awards are huge, put in context they might not be quite so shocking.

The re/insurance industry has long relied on self-generated data based on historical losses performances to make important decisions. This data is coming from increasing limited portfolios from which risky exposures have been culled. A thorough analysis of the commercial auto sector’s evolving risk profile over the past decade would have incorporated data and insights into changing attitudes towards marijuana usage, aging work forces, antiquated infrastructure, and laws and regulations that are not keeping apace with societal change. The information was out there.

Hindsight is easy and it’s hard to say what combination of data and facts might have triggered an early recognition of the risks that were lurking in long-established books of commercial auto business. Whatever it was, however, re/insurers didn’t look for it, and weren’t equipped to harvest it, yet alone nimble enough to incorporate it into their business models. One thing is certain however, re/insurers’ reliance on proprietary data didn’t predict the recent surge of losses in the commercial auto sector and it’s likely inadequate to do so with the next one. 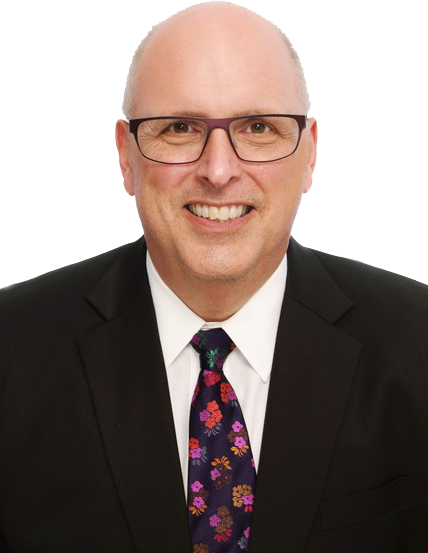 Rick Perdian’s thirty-year career in law and insurance has taken him to Switzerland, Singapore and China. He handled complex claims and litigation for The Home Insurance Company, Zurich Financial Services and Swiss Re. For seven years he worked at the Swiss Re Centre for Global Dialogue addressing the emerging risks and trends impacting the re/insurance industry.

Luminant Analytics was selected to be in batch #6 of Plug and Play’s Insurtech accelerator program in 2019.

We are part of Nassau Re/Imagine´s first startup cohort.

We are proud alumni of the F10's acceleration program in 2018!

Participant of Selection Days at the Hartford Insurtech Hub in 2018.